‘Hanging in there’ is a common expression at our weekly writing group. It is an expression that resonates with both graduate students and faculty participants as they seek to navigate the plethora of writing demands as well as other academic and life anxieties. Mostly, the expression is not out of frustration; rather it is made to describe how this group of people are progressing along in their academic activities, specifically graduate-level writing, despite its attendant challenges and struggles. Hence, they are not only ‘hanging in there,’ but also consistently taking ‘baby steps’ toward the completion of their various projects. And the weekly writing group has thus become a safe environment for writers to connect with, encourage, and motivate each other along the way.

A brief overview: the weekly writing group, which is organized by the University Writing Center, invites graduate students and faculty at the University of Louisville to come together during a dedicate time to work on any writing project at their own pace. The primary goal of our writing group is to provide support, community, and accountability for participants working on research or scholarly writing. Hence, it is not surprising that participants are open to discussing writing struggles, offering strategies working for them and sharing writing resources beneficial to everyone. Below are perspectives anonymously shared by some of the writing group participants on the importance of the weekly writing group:

“I appreciate having a space in which I can be a part of a community of writers and also can be held accountable.”

“It gave me the structured time to write with a group of people and see their progress in their writing journey and also see my own progress.”

“The writing group was a supportive group of peers steadily working on their individual writing goals.”

Research has shown that writing groups help writers to improve their writing, establish a good writing habit, and be more productive in and confident about their writing. In addition to these benefits, the participants at our weekly graduate students and faculty writing group continue to affirm how the group encourages them to hang in there and take consistent baby steps toward accomplishing their writing projects.

If you are a University of Louisville graduate student or faculty member and are interested in participating in our supportive writing community, please e-mail writing@louisville.edu for more information. 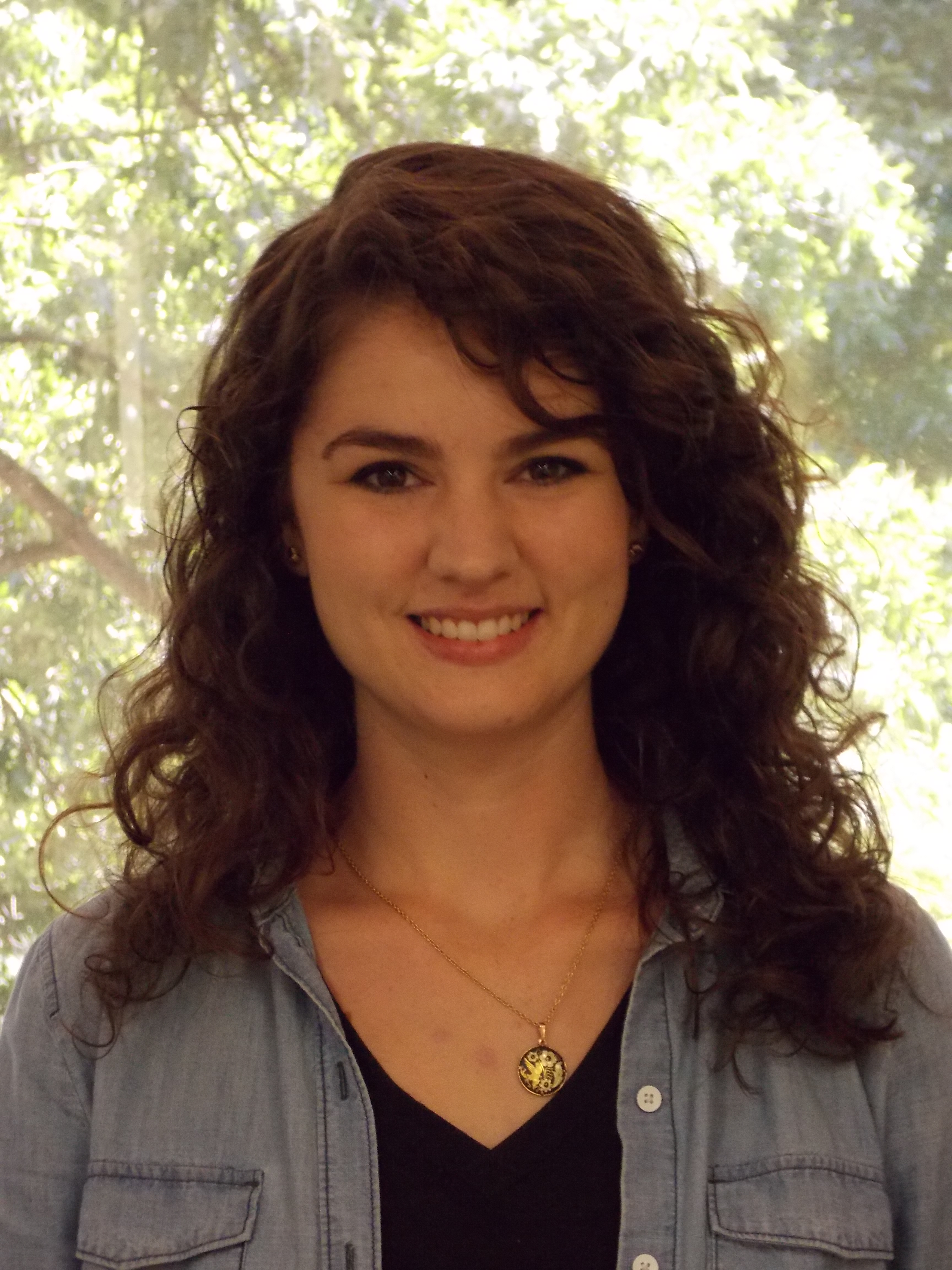 There, I said it.

I mean, as a kid, Valentine’s Day was pretty great: people handed out candy at school, and I got to give my friends totally awesome cards decorated with superheroes, princesses, or Scooby-Doo (my interests were very well-rounded if I do say so myself).

The personal and cultural associations attached to this possessive noun + noun construction vary across volcanic spectrums of meaning. Is Valentine’s Day something to celebrate? Resist? Ignore? Whatever your stance may be, you probably have pretty good reasons to support it. So let’s say you synthesize your Valentine’s Day opinion into one definitive claim: “all you need is love.” With this move, you’ve created a thesis statement that you can then proclaim to your listening audience.

Now, let’s say you’re chilling at the office, chatting with Dwight near the copy machine, and Valentine’s Day comes up:

Dwight isn’t buying the cultural obsession with romance that Valentine’s Day often signifies. Maybe he would agree that love is special, or that certain kinds of love (familial, platonic, or companionate as well as romantic) trigger chemical reactions that cause you to experience things like “happiness” and “emotional fulfillment.” But to convince him, you’ll have to be pretty darn specific with your terms.

If we were going to rewrite this meme (which, granted, would turn it into a regular old piece of writing), our first step would be rethinking our central claim (or thesis), “All you need is love.”

To craft a stronger claim, we would avoid:

Cliches are common phrases like “opposites attract” and “all is fair in love and war.” They’ve been used so often that they are no longer very meaningful. When you hear, “opposites attract,” you know it means that people with different personalities fall in love. But the words just kind of sit there, taking up space without presenting a new, strong, or concrete image. As a result, your audience isn’t likely to closely read or engage with your claim. So instead of saying, “All you need is love,” the meme could have said, “Being in love makes me feel like my every physical, emotional, and spiritual need is met.”

A universal claim is made when words like “all” or “never” are used or implied. It argues that, without exception, something is (or never will be) true. Making a universal claim weakens your argument because if even one case doesn’t conform to your claim, your logic becomes faulty and your conclusion invalid. Dwight was right to point out that, actually, love isn’t the only thing we need. Our implicit argument that “love is the best thing ever in the whole entire world and I don’t need anything else” becomes shaky at best: if love is not even a basic human necessity, how can we claim that love is all we need?

Universal statements can also damage an audience’s perception of your ethos, or reliability, as a writer. Readers may fixate on trying to find exceptions to your claim rather than following the nuances of your argument. They may even perceive you as lazy, uninformed, or careless. So even if your universal claim is true, the effectiveness of your argument may be compromised. Avoiding universal claims by talking in case-specific terms can maintain your ethos and even improve the strength of your argument. In the case of our meme, we could potentially say, “Sometimes, it feels like love is all we need to live a happy life.”

When I say “vague terms,” I’m referring to cases in which it is unclear how words with broad or multiple meanings are functioning in a statement. Sometimes undefined terms are symptomatic of your need to sharpen the focus of your sentence (or even your argument as a whole). For example, instead of “love” in general, do we want to argue that having our emotional needs met is essential to feeling satisfied in life? Alternatively, we could qualify “need” by differentiating between physical survival and emotional or ‘felt’ needs.

Other times, a vague term might just mean that you need to choose a different word. This doesn’t mean you should right click to access your thesaurus and pick the most interesting word that appears. Rather, think about the specific meaning you want to convey. Would a different word do that? Instead of “love,” what if we wrote, “All I want is to feel accepted by other people”? If a different word or phrase still doesn’t seem fitting, then think about including a statement clarifying the way you’re using your term(s). We could say, “When the Beatles sang ‘All You Need is Love,’ they created an anthem that united listeners around the world by relying on cultural narratives of romantic love.”

The next time you’re writing a paper, imagine that you’re talking to Dwight. He’s one adorably tough cookie, which, honestly, makes him the best imaginary audience you could encounter. By being intentional with our terms, making sure we use specific language to explicitly convey our exact meaning to an audience, we can create claims that are clearly defined. And that, by extension, will help us craft a strong thesis statement every time.

The writing prompt. This piece of paper is your ultimate guide through what can feel like endless avenues of ideas or a desolate blank page. But sometimes these precious few words from instructors can seem like an encoded script. Well like any code, there is a key. Here are some secrets I’ve learned to interpret assignment sheets.

Secret #1: When you don’t know where to begin…

Look for keywords. Certain words go with particular writing genres. If you see words like argue or defend, then your instructor is likely looking for an argumentative essay, so be sure to take a clear stance and use evidence to support your claims. Rhetoric(al) refers to the intentional strategies that people use to make an argument. So if this keyword appears in your assignment, your instructor either wants to see you making strategic moves in making your argument or wants you to discuss the strategies used by the author of a text you’re studying. In the second case, you’ll want to write an analysis, so DO NOT just summarize the text.

For more key writing prompt words, see the key terms section of the UNC Writing Center handout on Understanding Assignments. You also might enjoy this blog post on “Deciphering Common Keywords in Assignment Prompts,” written by one of our previous consultants.

Secret #2: When you’re unfamiliar with the genre…

Determine what the purpose of the assignment is. Assignments have two types of purpose: an academic purpose and a real-life purpose.

To determine the first purpose, think about what skills your class has discussed. Instructors make assignments to give you a chance to show what you’ve learned. Consider what has been emphasized in class recently. Can you put this knowledge to practice in the assignment?

The second purpose requires you to use your imagination. Remember that college writing is to prepare you for real world writing. Imagine your audience extends beyond your instructor. What goal might you have other than a grade? Now how should you approach the assignment to accomplish that goal?

See Duke University’s list of college essay genres for a description of each genre and its characteristics.

Secret #3: When you’re told not to have a thesis…

Think again. What about the assignments that forbid “personal opinion?” Isn’t a thesis an opinion? Well not in an academic sense.

What instructors mean when they warn against personal opinion is that you should not make claims based on personal feelings. You should make claims based on statistical or textual evidence, reliable resources, and clearly drawn logic. Your instructor will almost always look for a main point in your essay (aka a thesis). Just make sure the thesis is your analysis NOT your opinion.

Secret #4: When your assignment includes a quote…

You cannot ignore it. Some assignment sheets include a passage from a text you’ve studied in class. Although the instructions might not directly ask for you to address this quote, you should reference it somewhere in your essay unless otherwise instructed.

Secret #5: When you still have no idea…

It’s time to talk to your instructor. Remember that your instructor wants you to understand the assignment and wants to know if it’s unclear. Most instructors revise their assignments based on the responses they receive, and if you’re confused, there’s a good chance others are too. Just be sure to discuss your confusion respectfully. You’ll save yourself a lot of time and worry.

In the end, your instructors don’t mean for their assignments to confuse you. Still, we all encounter certain prompts that confuse the inspiration right out of us. As you gain more experience with the lingo and genres it will get easier.