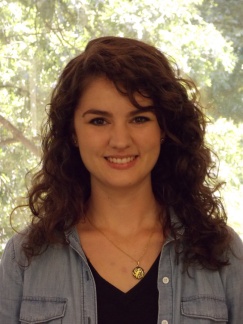 There, I said it.

I mean, as a kid, Valentine’s Day was pretty great: people handed out candy at school, and I got to give my friends totally awesome cards decorated with superheroes, princesses, or Scooby-Doo (my interests were very well-rounded if I do say so myself).

The personal and cultural associations attached to this possessive noun + noun construction vary across volcanic spectrums of meaning. Is Valentine’s Day something to celebrate? Resist? Ignore? Whatever your stance may be, you probably have pretty good reasons to support it. So let’s say you synthesize your Valentine’s Day opinion into one definitive claim: “all you need is love.” With this move, you’ve created a thesis statement that you can then proclaim to your listening audience.

Now, let’s say you’re chilling at the office, chatting with Dwight near the copy machine, and Valentine’s Day comes up:

Dwight isn’t buying the cultural obsession with romance that Valentine’s Day often signifies. Maybe he would agree that love is special, or that certain kinds of love (familial, platonic, or companionate as well as romantic) trigger chemical reactions that cause you to experience things like “happiness” and “emotional fulfillment.” But to convince him, you’ll have to be pretty darn specific with your terms.

If we were going to rewrite this meme (which, granted, would turn it into a regular old piece of writing), our first step would be rethinking our central claim (or thesis), “All you need is love.”

To craft a stronger claim, we would avoid:

Cliches are common phrases like “opposites attract” and “all is fair in love and war.” They’ve been used so often that they are no longer very meaningful. When you hear, “opposites attract,” you know it means that people with different personalities fall in love. But the words just kind of sit there, taking up space without presenting a new, strong, or concrete image. As a result, your audience isn’t likely to closely read or engage with your claim. So instead of saying, “All you need is love,” the meme could have said, “Being in love makes me feel like my every physical, emotional, and spiritual need is met.”

A universal claim is made when words like “all” or “never” are used or implied. It argues that, without exception, something is (or never will be) true. Making a universal claim weakens your argument because if even one case doesn’t conform to your claim, your logic becomes faulty and your conclusion invalid. Dwight was right to point out that, actually, love isn’t the only thing we need. Our implicit argument that “love is the best thing ever in the whole entire world and I don’t need anything else” becomes shaky at best: if love is not even a basic human necessity, how can we claim that love is all we need?

Universal statements can also damage an audience’s perception of your ethos, or reliability, as a writer. Readers may fixate on trying to find exceptions to your claim rather than following the nuances of your argument. They may even perceive you as lazy, uninformed, or careless. So even if your universal claim is true, the effectiveness of your argument may be compromised. Avoiding universal claims by talking in case-specific terms can maintain your ethos and even improve the strength of your argument. In the case of our meme, we could potentially say, “Sometimes, it feels like love is all we need to live a happy life.”

When I say “vague terms,” I’m referring to cases in which it is unclear how words with broad or multiple meanings are functioning in a statement. Sometimes undefined terms are symptomatic of your need to sharpen the focus of your sentence (or even your argument as a whole). For example, instead of “love” in general, do we want to argue that having our emotional needs met is essential to feeling satisfied in life? Alternatively, we could qualify “need” by differentiating between physical survival and emotional or ‘felt’ needs.

Other times, a vague term might just mean that you need to choose a different word. This doesn’t mean you should right click to access your thesaurus and pick the most interesting word that appears. Rather, think about the specific meaning you want to convey. Would a different word do that? Instead of “love,” what if we wrote, “All I want is to feel accepted by other people”? If a different word or phrase still doesn’t seem fitting, then think about including a statement clarifying the way you’re using your term(s). We could say, “When the Beatles sang ‘All You Need is Love,’ they created an anthem that united listeners around the world by relying on cultural narratives of romantic love.”

The next time you’re writing a paper, imagine that you’re talking to Dwight. He’s one adorably tough cookie, which, honestly, makes him the best imaginary audience you could encounter. By being intentional with our terms, making sure we use specific language to explicitly convey our exact meaning to an audience, we can create claims that are clearly defined. And that, by extension, will help us craft a strong thesis statement every time.