I don’t know about you, but whenever the topic of spelling comes up, I’m immediately taken back to the days of taking weekly spelling and vocabulary tests in elementary school. 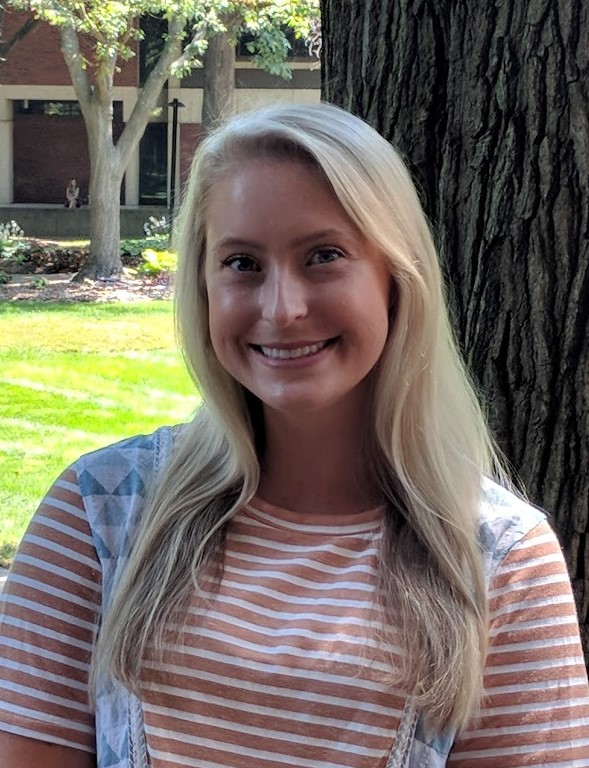 My mind always goes to one particular day of fifth grade when my teacher had a mock spelling bee in our class to see which students would actually go on to the real school-wide competition.

I was one of three left standing—one competitor and one alternate would advance—and my word was “ocean.” To this day, I vividly remember the embarrassment I felt when, even though I knew good and well how that word was spelled, the letters “o-s-h-u-n” came out of my mouth. While the two remaining students continued spelling to determine who would be in the spelling bee and who would be the alternate, I sat back down at my desk, stared at my clasped hands, and tried to keep the blood from rushing to my cheeks by sheer force of will.

As I sat there halfway listening to the goings-on around me, I rationalized my mistake by saying to myself, “the way I spelled that word makes logical sense, even more than the correct spelling.” However, traumatized young Lauren became determined to never feel ashamed of incorrect spelling again. Even now, whenever I realize that there is a typo in a tweet or Facebook post, I feel compelled go back and fix it, or I even sometimes delete the comment altogether.

I find myself saying “i before e except after c” to myself multiple times a day, and I’m always THAT person who will correct social media acquaintances on the uses of your/you’re, two/to/too, or their/their/they’re even though I probably shouldn’t. I’ve taken enough grammar and language classes to know that standardized spelling is a relatively recent development in recorded history, but I still can’t seem to get past my so-called spelling anxiety.

I promise I don’t think about this topic obsessively, but I may or may not have been scrolling through Twitter one day in the not-so-distant past to avoid doing my schoolwork when I got lost in a maze of consecutive pages and found Scottish Twitter. Seeing the use of technically incorrect spelling to reflect regional dialects in this forum was extremely thought-provoking, and it ultimately prompted me to reflect on the evolving conventions of the English language.

However, not all of the suggested new spellings ended up sticking. Webster also proposed “masheen” for “machine” and “ake” for “ache.” Benjamin Franklin wanted to change “alphabet” to “alfabet.” Theodore Roosevelt suggested that “kissed” should be spelled “kist.” George Bernard Shaw even advocated for removing apostrophes from contractions—for example, “don’t” would be “dont.”

Although there is technically nothing wrong with any of these spellings, as most people would still be able to understand their meanings, standardized spelling has been argued to make reading comprehension easier. It has even been said that the spelling reform of Noah Webster has made American English easier to read for dyslexic individuals and to learn for those of whom are not native English-speakers. So, if spelling reform makes English easier, then why did it seemingly stop decades ago?

Although the reformation of standardized spelling has apparently been put on the back burner, shortened forms of common words are increasingly being used in a variety of settings. Think about it, have you ever seen a “drive through” sign? No, because “drive thru” is just as effective and even more efficient. Similarly, it’s “Dunkin’ Donuts” not “Dunking Doughnuts.” Even more notably than in advertising, the misspelling of words for brevity’s sake can be seen just about every time you open up your phone. Although I’m a stickler for correct spelling and grammar in media-based communications, I can’t deny ever using “u” for “you,” “ur” for “your” or “you’re,” “k” or “ok” for “okay,” and “2” for “to,” “too,” or “two.”

Maybe this is simply one of those “everyone else is doing it” things, or it could possibly just be to save time, but this new-age strain of spelling reform seems to have been brought on by the necessity of fitting within a character limit. When texting was first introduced, there was a 160-word character limit and phones only had numerical keypads with T9. Once cell phones began to be made with full keyboards, abbreviated phrases like lol, ily, brb, btw, fyi, and tbh were already in popular use.
The character-limit mentality is continually reinforced by popular social media platforms like Instagram and Twitter, as well as online-dating applications, which give users just enough space on their profiles to include short blurbs about themselves. Additionally, Twitter still sets a character limit on users’ tweets, although it was raised from 140 to 280 a few years ago.

A quick Google search revealed that the average tweet only takes up 33 of those 280 characters. Since our use of language is progressively becoming shorter and more straightforward, there aren’t as many complex sentences that need to be littered with commas and such so that they aren’t misunderstood. So, when trying to comply with a set character limit, punctuation is almost always the first to go. Because the question being asked is always inherent in the grammatical structure of an interrogative sentence, question marks are not necessary in limited-character communication.

The use of apostrophes in contractions is also becoming increasingly obsolete in social media settings—it seems as if the aforementioned Mr. Shaw was onto something after all? Furthermore, it’s become so uncommon for a period to appear in a text or tweet that they’ve actually developed a negative connotation. I’ve talked to many people about this development, and it would seem that when we get angry or upset, we tend to revert back to the traditional conventions of spelling and grammar we were taught in school.

Therefore, complex sentences with proper grammar, punctuation, and spelling are almost solely reserved for academic essays and emotional situations.
Growing up in America during this boom of technological advancement, I’m obviously very familiar with the customs that have come to define media platforms. However, we are so transfixed with our own little cultural bubbles that it’s unfortunately all too easy to hit “sensory overload” before we even think to look beyond our own perceptions of normalcy. As I mentioned earlier, I was actively trying to be unproductive when I happened to stumble upon a network of Twitter-users from a culture not entirely like my own.

Although Scotland is still a Western civilization and I definitely could have looked further into the Twitter-sphere, I was very much intrigued by the idea of spelling according one’s own dialect. Being from the Southeast United States, seeing “em” and “ol” rather than “them” and “old” is totally commonplace, and sometimes people will leave the “g” off of a word ending in “ing” to add character, but that’s about the extent of the average Southern American’s use of eye dialect—as far as I know, that is. Also, in my studies of English literature, I’ve seen eye dialects be appropriated to patronize certain cultures, ethnicities, or races all too often.

However, the use of eye dialect by Scottish Twitter-users seemed to be a celebration of their linguistic heritage. This could very well be the next frontier in regard to spelling reform, as people are seemingly becoming more comfortable with spelling variation. Furthermore, the use of eye dialect is possible in this digital age precisely because of the enhanced possibility of communication between different cultures. I knew that “oot” meant “out,” “a” could mean “I” or “of,” “av” meant “I’ve,” “ma” meant “my,” “dinny” could mean “do not” or “don’t,” “tae” meant “to,” and “wi” meant “with” because I know what a Scottish accent generally sounds like.

It could be problematic if everyone just began spelling words how they pronounced them, as the phonetic representation of a word in one dialect may not be phonetic for another, but what I’m proposing here is simply that we try to be more inclusive of speech patterns different than our own.