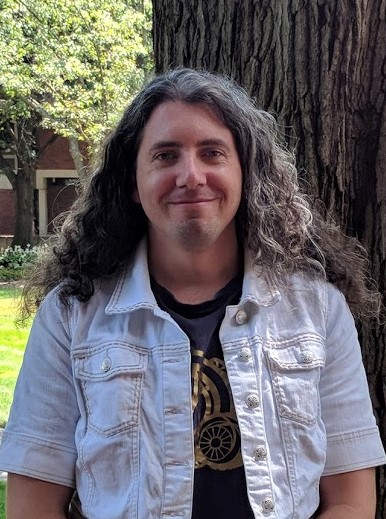 The blank page, to me, is a yawning void that I have no words to fill. There is no muse inspiring me with images to paint with letters, there is no quiet artistic voice in me whispering the secrets of beauty. My poetic inspiration, inexorably, comes from having rules. If I am given none to work within, I will give them to myself, either by requiring rhymes, meters, or syllabic restraints. When I know the rules within which I must work, it engages me to find creative ways to fill those restraints and stretch them out. Working within them, I have been forced to learn subtleties of poetry.

Let us take enjambment. Academically, I knew that enjambment meant ‘the continuation of a sentence beyond the line.’ Perhaps a professor could have explained that it also serves to place special emphasis on the last word in one line or the first word in the next, or to create a doubled meaning. Knowing these things intellectually, however, was nothing to feeling the practice of them in my first sestina.

The sestina form forgoes rhyme or meter. Instead, it is a six (plus one!) stanza poem of six lines each (except that plus one), where the same six words are repeated in each stanza. They always sit at the end of the line, and they change which line they sit at the end of over the course of the poem. It creates a unique and cyclical rhythm to a poem, with words sometimes repeated quickly and other times languidly distant, and a spoken sestina often carries a dreamy way about it from that curious pattern.

To try and write each line as self-contained would require making a poem functionally formed of 36 short sentences, which is at best awkward and at worst comic. Instead, a sestina demands considerable enjambment, and the repetition makes words want for re-interpretation. Words with more than one definition, or that can serve as noun or verb both, make for powerful additions, and weave the lines together.

I’ll admit freely, my first sestina was terrible. It was about a firing squad, and I exploited the six stanza structure to talk about the five men firing and the one being fired at. It was not terribly elegant and it was certainly not beautiful, but by the time I had finished it, I understood the meaning of enjambment. If we end a line on a weak or meaningless word (a ‘the’ or an ‘an’ or a ‘such’) the reader can flow through and only take one reading from it. If we end a line on a word that carries implications (‘blossomed’ or ‘flew’ or ‘saw’), that word is briefly embedded in the reader, and then we can either build-upon or subvert that embedded word with the subsequent line.

Of course, explaining this is an irony. I have already expressed that I learned by doing, and so explaining is not helpful. Instead, I encourage everyone who writes poetry to grind through at least one sestina or two as a challenge to the self. It will be frustrating, but it will also be rewarding. If you’re quite irate at me for making you write one after finishing, you can bring it by the writing center and make me read it as a punishment. If that’s the price I have to pay for spreading a bit more poetry into the world, I pay it gladly.

I don’t write sestinas anymore. Lesson learned and all that. While I have a sprawling list of these strict forms of classic poetry, in truth I rarely use them as they stand. I borrow pieces of their rules and bend them together when I’m facing the blank page, I give myself restraints to make my game exciting. I have the net down, as Frost might say, but on my court I have added an extra ball, a playful dog, and a large rotating fan.