Despite spending several years as a writing teacher and consultant, I still take resolve in William Zinsser’s insights and observations that: 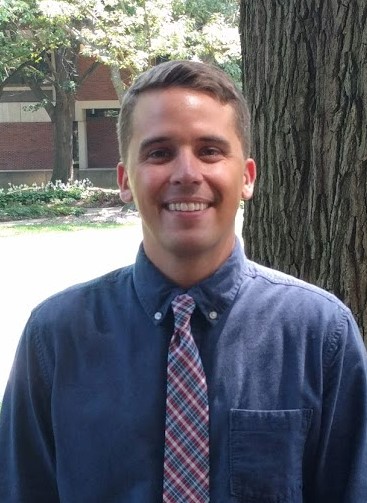 “A writer will do anything to avoid the act of writing. I can testify from my newspaper days that the number of trips to the water cooler per reporter-hour far exceeds the body’s need for fluids. What can be done to put the writer out of these miseries? Unfortunately, no cure has been found. I can only offer the consoling thought that you are not alone. Some days will go better than others. Some will go so badly that you’ll despair of ever writing again. We have all had many of those days and will have many more. Still, it would be nice to keep the bad days to a minimum.”

As attractive as it might seem to imagine oneself as a writer who day after day gets lost in a fury of creative inspiration, as Zinsser suggests, such days are typically rare. I’m not exactly sure why the process of writing (including brainstorming, outlining, composing, editing, peer-reviewing) often lends itself to urges of procrastination. Self-consciousness? Feelings of vulnerability? Too many cool things on Hulu, Netflix, or Youtube competing for our attention perhaps?

Either way, for most of us, getting started writing—or following through on the processes that improve an initial piece—can often feel more like a struggle against oneself than an effortless journey into insight and self-discovery. Like Zinsser, I have no answers to solve this dilemma. However, for what it’s worth, over the years I have enjoyed experimenting with techniques/tricks to maximize both enjoyment of writing and productivity. What follows then is hopeful advice as much as it is a reminder to myself:

Be open to discovering new places and ways to write:

While a successful writer is frequently imagined as sitting hunched over a laptop frantically typing away in a sterile office or library, more often than not some of the most successful writers I have met put great effort into figuring out alternative and creative methods that work better for them. In our blog’s series “How I Write”, we invite writers from the University of Louisville community and beyond to describe their writing process. Each time I read a new post, I’m stuck by how differently people go about writing.

That is, where they write, what they use to write with, and what time of the day they write… there’s wild variation. I also have yet to find any common thread among these posts concerning what is helpful beyond a shared experience of writers putting in the time and effort to make sense of what works best for them. Sometimes a person’s process may even seem counterproductive to others. In a recent interview, acclaimed fiction writer Chuck Palahniuk (Invisible Monsters, Choke, Fight Club) detailed how much of his writing process actually revolves around going to the gym—arguing that the physical movement and circulation were conducive to helping him feel creative and organize his thoughts. He also noted that many of the odd conversations he’s shared while lifting weights have served as narrative inspiration for his novels.

Use a timer wisely:

When I’m given a large swath of time and approach writing, it’s easy to find myself believing I’m technically writing, or in the process of writing, but really avoiding the focus and drive to truly push the process forward. Even if I’m at my computer and thinking I’m writing, it’s amazing how fast a few hours can fly by with little to show for it. For me, this is often helped by readjusting my time frame and setting small goals. More useful work tends to be produced though when I put a timer on (usually for at least an hour), commit myself to getting a certain amount done, and refuse to indulge any interruptions. My productivity during these sessions is also best helped when I pair it with the next advice:

When there is a realistically set goal combined with an incentive to finish (even if it seems insignificant) chances just seem exponentially higher that a task will get done. While it could be an incentive like going to lunch, using the restroom, or, as Zinsser noted, getting a drink of water, this is where creativity can also go a long way. In a post my friend and colleague Rachel Rodriguez humorously detailed how she has used gummy bears to keep her writing going—allotting a single delicious bear each time a paragraph is finished. For myself, I’ve recently given up coffee in the mornings so I can create an incentive for later in the day, telling myself I must write at least for an hour or two before I get my caffeine fix…it’s working.

Be wary of interrupting your writing time with media or other obligations:

Admittedly, I incorporate a lot of media in my writing process and much of it is helpful—especially music. I’ll also occasionally incentivize myself to write by using a video as a reward. I’m particularly fond of shorter nerdy videos from channels like the infographics show and simple history. Still, day by day the internet seems to be increasingly cleaver at grabbing one’s attention and running with it…leaving a writing project quickly behind. Add to this that there are so many other things we could be “productive” at while on the internet (e-mails, online banking, social media), and it seems even more reasonable to approach media cautiously when thinking of incorporating it into your writing process.

Be gracious with yourself:

It’s easy to feel frustrated during the writing process, but it’s helpful to remember that good writing requires effort, and progress is made incrementally. If you didn’t get done what you had hoped for today, there’s always tomorrow to get back on it. Be kind to yourself and also give yourself appropriate credit where credit is due.
What might start as a 15-minute timer could turn into hours of getting lost in a fun and productive flow. You won’t know though unless you start trying.

So good luck and happy writing.