Back in the 70’s Dustin Hoffman and Laurence Olivier were working together on Marathon Man, which is a pretty intense, thriller type of film. Before the filming of a 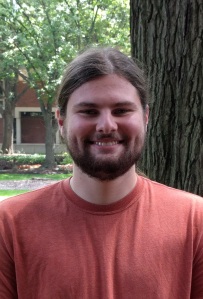 scene in which his character had apparently been kept awake for 72 hours, Hoffman decided that he too would stay up for three days, the idea being that this would help him get into the mind of his character—Hoffman was quite the method actor. Upon hearing this and witnessing Hoffman’s exhausted state, Olivier confronted him and asked “My dear boy… Have you tried acting?”

As Mary-Kate mentioned in “Writing as a Medium,” writing is not necessarily this art that requires this Hoffmanesque kind of inspiration. You needn’t spend days mentally fortifying yourself and getting into the head of your audience. Olivier’s implication of how acting operates is a much more effective example of the writing process—it’s a craft that one learns over time, with practice.

Therefore, this leads to the big question: “If writing is a craft, how can I improve my craftsmanship?” The first step is, essentially, just start writing! As Tim discussed in his blog post last week, creativity is a grind: “The best way of fighting through it is committing to fighting through it.” Wearing yourself out yearning for inspiration will likely only result in nothing being written, possibly serving even as a justification for procrastination. To go back to the example of Hoffman and Olivier, yes, Dustin Hoffman is a world-renowned actor, but so is Laurence Olivier, and he managed this without staying up for days at a time!

On the other hand, ensuring that your writing is effective is also vital—“just starting to write” may be the first step, but it isn’t the only step. After all, there’s no point in writing if you end up throwing away all of your drafts. Thus, one’s mentality is key: you need to be keeping your audience in mind as you write. Similarly, one trick that can make this process easier for you is learning the genre expected of you. Simply stated, expectations are going to vary wildly depending on what genre you’re working with—are you working on a research paper, a novel, or a tweet? Learn the conventions of that style and you’ll find yourself writing like a pro in no time.

So how, you might ask, can one go about learning said conventions? Honestly, my first step would usually be Google; you’ll find innumerable examples of what to do and what not to do. Possibly too many examples, in fact—it can be difficult to sort through and figure out which sources are credible and which should be disregarded. At that point, I would recommend coming to the University Writing Center, as our consultants have a wide range of backgrounds in different genres, and the odds are very, very good that we’ll be able to help. Alternatively, if you’re working on a school assignment, odds are that you can ask your professor about examples and about what’s expected of you. Regardless of what you choose, or what you’re working on, learning your genre is key to successful writing.

One thought on “Getting Started with Genre”