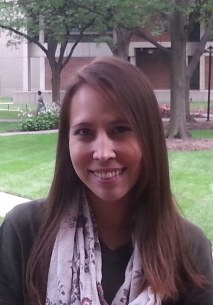 I’ve always known that silence can be beneficial in various ways during writing center sessions. It recently dawned on me, though, that silence often requires a conscious effort to create, and that perhaps I could be doing more to actively create productive silences during meetings with writers.

My desire to incorporate more silence into my writing center sessions is largely based on the role silence plays in facilitating my own writing and thinking process. When I receive feedback on something I’ve written, I need time to comprehend verbal feedback and to process my own thoughts. I also need time to think of the words I want to use to articulate my responses. This is why I’m grateful whenever I work with people who, when giving feedback, allow for moments of silence throughout the discussion.

When I have my tutoring hat on while working at the Writing Center, I sometimes forget that the writers I work with may feel the same way about silence as I do. I always try to be ready with the next question or the next suggestion, to keep the trains of thought all moving smoothly forward without much pause. I tell myself that by doing this we’re getting the most out of the allotted 50-minute time frame. But I think it’s worth asking: am I not giving us enough time to nurture certain conditions that might fuel productive, reflective, creative thinking?

One strategy tutors use is to have writers brainstorm and/or write on their own; the tutor might walk to another room and come back after 5-10 minutes or more, depending on the context. This is one way to allow for quiet time for writers to work, and can be an effective way to incorporate silence into a session. However, this is not quite the kind of silence I have in mind. The silence I want to use more during my sessions is a mutually shared, collaborative sort of silence, during which both the tutor and writer are still sitting together side by side, thinking. Sometimes the silence might be broken to exchange an idea or two. I’m thinking of a type of silence that is the opposite of empty and/or uncomfortable – the anti-awkward silence.

The “awkward silence” is an interesting concept I learned about as I became more familiar with social conventions in American culture. Growing up in Japan, I always felt that silence was the default way to exist in the world, a way to convey respect and mindfulness. It was difficult moving to the U.S. where presence often seems to be measured by how much one speaks. There appears to be a widespread aversion to silence in social situations, which is perhaps linked to the phenomenon of “small talk.” So, while I personally appreciate moments of collaborative silence when discussing my own writing with people, I understand that some writers might find silence uncomfortable. So, as tutors, we should be attentive to cues that might suggest whether or not a writer might really benefit from silence during sessions.

I sometimes initiate collaborative silences by asking the writer, “can I take a moment to write this down?” Sometimes I will stop myself from thinking of the next thing to say. It has been surprising how many times writers will then break the silence with a new idea or insightful comment they may not have offered had we not taken a moment to pause. Whenever this happens, I remind myself of how valuable and productive silences can be.