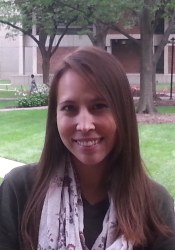 Last week, on February 21st, we hosted our first celebration of International Mother Language Day here at the U of L Writing Center.

I first found out about International Mother Language Day a few years ago, and I wish I’d known about it earlier. The UN Educational, Scientific and Cultural Organization (UNESCO) officially declared International Mother Language Day in 1999, and since then, countries worldwide have celebrated annually to promote multiculturalism, intercultural communication and linguistic diversity. February 21st was chosen for its historical significance, to commemorate the day in 1952 when university students in Bangladesh were killed by police while demonstrating for their rights to speak Bangla, their mother tongue. UNESCO is also committed to raising awareness about preserving endangered languages that are at risk of disappearing altogether. The 2017 theme was “Towards Sustainable Futures through Multilingual Education.”

In preparation for our event, we decorated using color printouts from an art series by Ella Frances Sanders featuring words in different languages that do not have direct translations in English (see her book here). We also set up a table with language trivia, and a poster on which participants could write in response to the question, “What do you love about your mother language?” 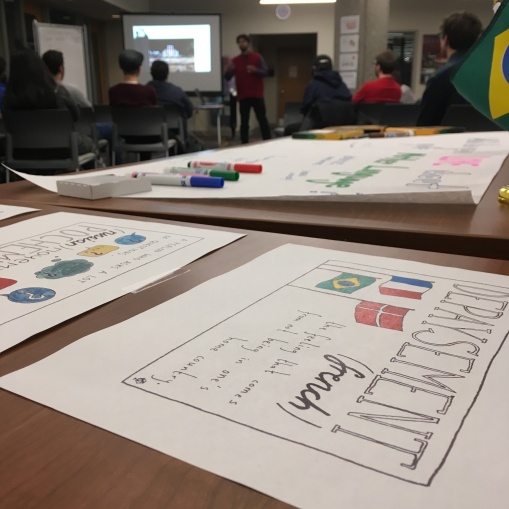 During the event, which took place from 2-4pm, nine student volunteers gave presentations about their mother language(s). The languages represented were Japanese, Mongolian, Korean, Bengali, Kazakh, Russian, Arabic, Spanish and Filipino. Presenters used Powerpoint, showed Youtube clips, played song recordings, and used the whiteboard to share about their mother languages. Audience members got a sense of what the languages sound like when spoken, as well as what the scripts look like in writing. The presentations were highly interactive, with participants inviting each other to practice saying different words aloud. 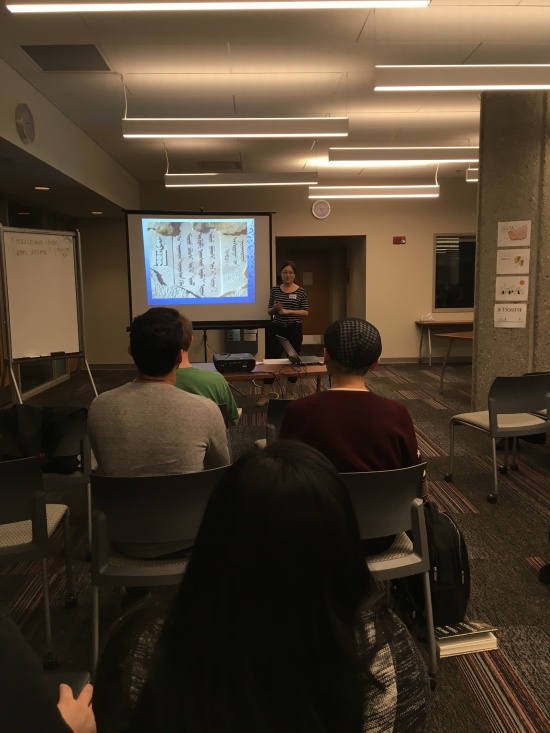 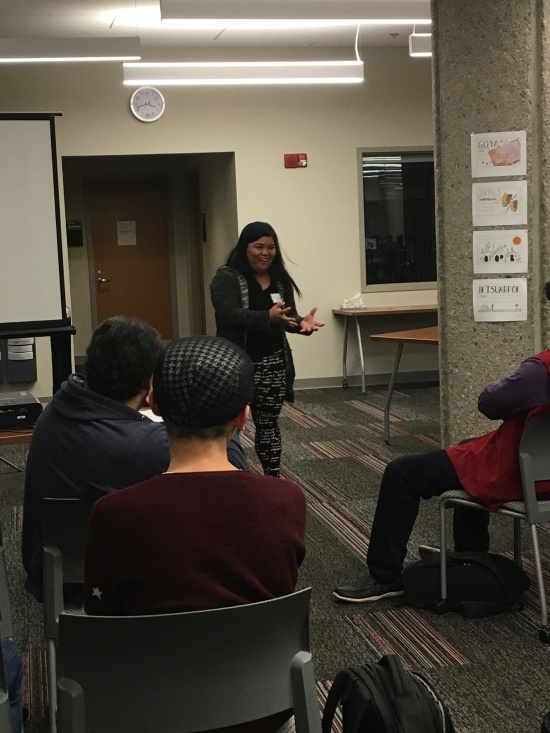 I found myself truly inspired that day, seeing each volunteer speak in and about their mother language(s) with such enthusiasm, and also watching members of the audience raising their hands, asking questions, requesting presenters to repeat things or write words on the board. It’s this type of openly curious interaction and dialogue that I think can partly give rise to a sense of community we talk about and think about—often, unfortunately, in the abstract. As I reflect on the event, I think it was successful not just because of the diversity of cultures and languages represented, but also, more importantly, because participants were so actively engaged, eager to teach others and learn new things. 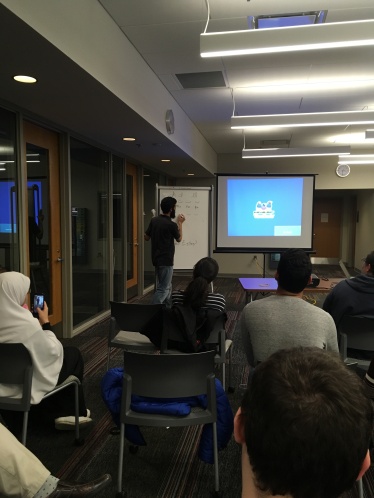 At the Writing Center, we tutors are constantly learning from the writers we work with – but not always as much as we’d like. 50 minutes goes by pretty fast. The cultural exchange that we’d ideally hope to foster often gets sidelined in the face of a looming deadline. This is why I think all Writing Centers should observe International Mother Language Day every February 21st, to take some time to look up from our day-to-day routines and learn more about the cultures and languages of the students we work with. Writing from the perspective of a Writing Center tutor and someone whose mother language is not English, I think curiosity goes such a long way in creating truly inclusive spaces – and celebrating International Mother Language Day is a perfect opportunity to create such a space.

Thank you to all the student participants for their wonderful presentations, and to those who attended and contributed to making the event a success. I’d also like to extend a thank you to the International Center office and OASIS staff, who helped publicize the event.

See you again next year!