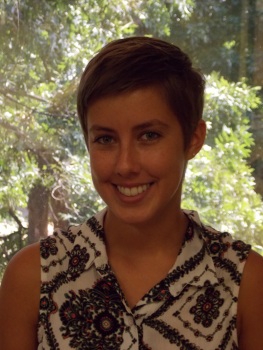 Fiction writers often struggle with writing stories that are “too close.” Many things can make a story too close—a protagonist they identify with, an event they’ve experienced and are now writing about—some element of autobiography. When writing about something they feel strongly about, or have experienced, writers often have difficulty removing themselves from their story. The end result is that their audience, oftentimes in workshop, can feel that the story is autobiographical. Stories that are too close to their author fail to do what we expect of a story—build tension, have an arc, et cetera.

Let’s say my grandmother recently died, and I’m torn up about it, so I decide to write a story about her funeral. I think it’s a great story idea because the death of my grandma certainly moved me, so it will surely move others as well. I write my story, and end it with a scene between my protagonist and her father (because I don’t know where I should end it, and my dad did say something uncommonly nice on that day, which moved me to tears).

This is embarrassing to me because I don’t get along very well with my father but didn’t think it came across in my fiction. I hadn’t considered that other people have experienced funerals in all sorts of ways, and that just because I thought an interaction between the protagonist and her father, at her grandma’s funeral, would be moving (because that had been my experience), it doesn’t mean that my audience will find it so. I was too close to the story to see that the scene didn’t belong.

Oftentimes, fiction writers remedy this issue of closeness by making their protagonist someone who is obviously not them (for example—I once made my female protagonist 5’ 11”; I am not 5’ 11”), which allows for distance. However, the issue is really one of audience—and is applicable to all sorts of writing, particularly analytical essays.

Had I kept the audience of my story in mind, and not just written what I, personally, found cathartic, I may have been able to write a better story—one that moved my audience and didn’t reveal my personal issues. Likewise, when writing an essay in which you are instructed to take a side, or do an analysis, it is best to keep audience in mind. If your essay is fueled by a personal bias, and not by a fair assessment of the material, your audience will know.

So how do you remedy this?

Because you have no protagonist to reimagine, I would suggest inventing a character for yourself—one that might come from a totally different background, and have a different bias toward the material you’re working with. Imagine this person reading your essay; would they see an analysis, or you?