On one now infamous afternoon many years ago, I decided to make cupcakes from box of cake mix. Following the directions on the box, I dutifully mixed the ingredients on the box: egg, oil, water. Everything was thoroughly blended, but I knew something wasn’t quite right. I looked at the cupcake papers in the pan and looked at the mix, then the papers again, then the mix. I was pretty sure the mix was too liquid-y for the papers. I checked the box again; everything on the box was in the bowl.

Still unsure, I called my best friend who regularly baked. She reasonably asked if I had followed the directions on the box. As I picked it up to read the directions to her, I realized the problem—as you, dear reader, likely already have. The cake mix itself was still in the box. I was too embarrassed to even explain what happened to my friend. I just told her I had figured it out and got off the phone. 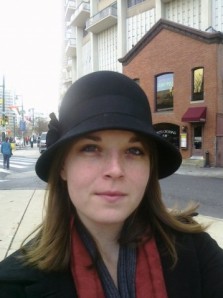 That’s just the most re-told story of my kitchen fails. Few remember the many, many nights I messed up Hamburger Helper. Or the time I scalded a pot when I set hot chocolate mix on fire. But since those days, I’ve learned a few things and can successfully finish both edible and enjoyable meals. I credit a lot of my growth in the kitchen to being a little more relaxed about precisely following directions, trusting my intuition a little bit more, and being ok with taking risks. It may seem odd to have such a food-themed post on a blog about writing, but my approach to cooking is somewhat influenced by my approach to writing—a skill with which I have considerably more facility and comfort.

Following directions was the first hurdle I had to conquer in the kitchen. It was the source of many of kitchen fails I mentioned above. I was so concerned with doing exactly what I was supposed to do that I would get things mixed up. I wasn’t considering the finished product. A lot of times, this is what happens when writers focus more on grammar or mechanics than the message they are trying to send. Worrying about the writing instructions governing the placement of commas, of which there may be too many to count, can keep you from finishing your sentence, your paragraph, your whole piece. Or, as was the case in my early cooking adventures, you can end up putting in too much of something, too little, or putting it in the wrong place. This is not to say that writing “instructions” like punctuation or grammar aren’t important, but they should act as guides and finishing touches rather than the main focus of piece. After all, you want to eat (or read) the finished product, not the individual ingredients.

Another important part of cooking and writing is trusting your intuition. Ever been half way through cooking a meal only to realize that you’re missing one or two ingredients? Maybe you’re better at this whole cooking thing than I have been (and sometimes still am). At times like these, you might just have to wing it and make an educated guess about what to substitute or leave out. Those small tweaks help make what you’re making your own special version—the makings of secret recipes. It’s not much different in writing, but the tweaking is more in regard to style than flavor. Writing style, sometimes it’s called voice, is often lauded as the extra bit that makes a piece unique. Often movies or other popular media suggest that this aspect of writing is some kind of gift good writers are born with. Really though, developing voice and style is largely about trying out new spices and flavors in your writing until you find the one and the amount that works. This means, after you’ve got the big pieces of the message together, pay attention to the details—add a little bit of this or that until it balances to be just right.

Whether you’re anxious about cooking or writing, relaxing the attention on producing exactly what the instructions or the instructors call for can be the first step in actually developing your style. That means taking risks, but without those risks it’s nearly impossible to get better at something. Sure, you might include too much of one ingredient and your reader or eater might object. Next time you can include less, or you can try something else. And remember, those rules that seem so strict are really just guidelines to help you make your version of piece you’re aiming for.