Before beginning work at the University Writing Center, tutors attend a mandatory human resources orientation along with other new graduate teaching assistants.  As expected, I learned about workplace issues and protocols,where to go when I need x or y, and how to react in crisis situations. One fact that I didn’t expect to learn, however, came very casually. A presenter was encouraging us to utilize face-to-face discussion in order to resolve workplace disputes, “If you can avoid it, don’t use email or text messaging. Communication is only eight percent words.”

She repeated herself to “drive home the point,” and my first reaction to her statement was situational: Yeah, you know, you miss so much in a text message. I always try to resolve issues in person. I scribbled down the statistic underneath the heading of my notes, which is mostly doodles and a few minor to-do bullets. It wasn’t until a few moments later when I was hit by the weight of the implications of this statement. I had completely agreed with her as she said this, thinking of times when text messages or notes to friends had been misconstrued. Thinking deeper, I blushed, pulling my canvas bag into my lap. I scanned the room for other dubious onlookers; each of the doe-eyed students remained completely unfazed. Unhappy with the lack of connection, I decide that the other English students must have attended earlier orientations and now the room is full of number-people and scientists.

I am beginning my professional career as a writer through graduate studies in English, and one of the first pieces 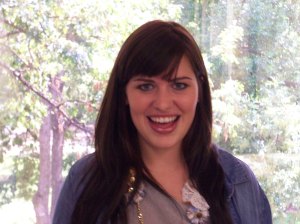 of information sent my way is completely devastating to the livelihood of writers around the globe. When we sit down to write something, aren’t we trying to communicate with our readers? Does this mean that the writers of the world are 92% ineffective at communicating? Floundering, I assume that a smart-looking font can account for at least one percentile of efficiency–this gives us 9 percent.

For the next few days I descended into an obsessive search for an answer to the communication question. Of course, a quick Google search alleviated many of my worries. Many scholars argue that this statistic was a gross exaggeration of experiments which originally sought to prove the importance of body language. Nonetheless, the facts remain that messages come across more effectively when the producer and consumer of knowledge or information are in the same room, especially if they are engaging in dialogue. As authors, we are rarely in the same room as our readers. Even when we turn in papers to our peers or teachers, we will not be there to defend or explicate our work to increase the efficiency of communication.

These concerns led me to two valuable conclusions. Written word is, after all is said and done, sacred. It cannot fly away or deny its locality. Because of this permanence, authors are likely to ponder, edit, revise, delete and start over until all of the words are in their right place. In writing, it is possible to evaluate what is left out against what is included. Poets spend years debating line breaks and lovers spend hours on end writing letters.

In contrast, spoken word is ephemeral. It can’t be shared with friends in certainty; it relies on the undeniably untrustworthy memory. It’s rash and abrasive; it doesn’t hold the capacity to self-edit.

The element of reflection in writing allows an author to communicate with such precise specificity that the 92% margin for error is nearly obsolete. The written word gives the audience an opportunity to invoke imagination and creative interpretation within the bounds of a writer’s specificity. Why else do great orators write their speeches before stepping in front of an audience? Albeit, such profound writing is a challenge, but it is something that we write, converse and read about everyday through our formal and informal studies and our work.

The way I see it, this statistic is a friendly reminder to be a more conscientious writer, which I would like to extend as a challenge. Fellow writers, word on the street has it that we are drowning in the pool of efficiency rankings. Considering that it is no longer important but necessary let’s make every word count–I know how much we all hate to be misunderstood 😉